Romain Serman
Director of Bpifrance USA
“During the 17th century, in France, manners became a political issue. King Louis XIV and his predecessors, in collecting together the nobility of France to live with the sovereign at Versailles, instituted a sort of school of manners.
At the palace, the courtiers lived under the despotic surveillance of the King. If you displeased a Louis, he would simply “not see you” the following day. And not being “seen” by the King was tantamount to ceasing to count, at Versailles.
The new manners — both the formal rules of protocol and precedence and the unspoken, more profoundly enculturated rules like table manners — were seen increasingly as ways in which one did not offend other people. You were controlling yourself, so as to prevent other people from being disgusted or shocked.”
— Margaret Visser
OK. Versailles Etiquette seems pretty awful. “Those wanting to speak to the King were not to knock on his door. Instead, using the left little finger, they had to gently scratch on the door until they were granted the permission to enter the room. Many courtiers grew that fingernail longer than the others for that purpose.” Or: “Only ushers were allowed to open doors. If you desired to leave the room, you had to wait for the usher to open the door.”
Pure. Nightmare. Not nice-hoodie-”what’s-up-dude” stuff. Now, replace “Louis” by “VC” or “Big Potential Enterprise Customer” or “Mentor” or “Talent”. You get this: “If you displeased a VC/Customer/Mentor/Talent, she would simply not see you the following day.” Agree?
I’ve been living and working in Silicon Valley for almost 7 years now. And I, as a Frenchman, made tons of mistakes. I even dressed up for my very first meeting at Google, Mountain View, Ca. Really. I wore a tie. Nobody can beat that. It took the Googlers a full minute to realize that I was not a limo driver (if you want to avoid this kind of issue, click here).
I learned there is an Etiquette in Silicon Valley. Actually, there is an Etiquette when you do business. Anywhere. Period.
The Valley has its own culture. I see lots of foreign founders arriving in San Francisco. They assume that because people look just like them, things will work the same way as they do at home.
BIG. MISTAKE. Just as with any other region, there are some need-to-know basics in Silicon Valley. Etiquette has a purpose: to grease the wheels of society, and ensure things get done without too many feathers getting ruffled.
In Silicon Valley, some principles do matter: Efficiency, Respect, and Communication. California is for sure the “Land of The Cool”. But don’t get it wrong. Things are codified.
So here are the main underlying rules I learned — painfully — . I know it sounds trivial. Follow them and you’ll be just fine. “The King will see you the following day”. Do otherwise and you “will cease to count at Silicon-Versailles”.
Rule #1: Be On Time 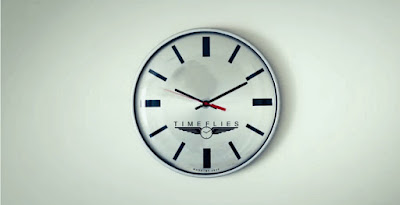 People have very limited time. Time is valuable. CEOs. VCs. C-Level Execs. Everyone. Therefore, a poorly designed email is like throwing a message in a bottle. Pray it won’t end up on an empty shore.
Your communication must be succinct (3 points, 5 lines max), crystal-clear (no PhD in philosophy required to understand you), and precise (data, data, data ; see Rule #8 below).
Michael Seibel, CEO at YCombinator, wrote a great post on “How to Email Early Stage Investors”. He said it all. What’s true for early stage investors is true for everyone else (a mentor, a customer, a talent to hire, a journalist at Techcrunch, a guy who could make an introduction for you). A 3-bullet email should look like this:
·                    What do you do? (2 lines)
·                    Why is it exciting? (2 lines)
·                    What do you want? (1 line)
That’s it! By the way, did you know that VCs read the average pitch deck in 3"44'? You can bet they won’t take more than 30" to read an email…
Rule #5: Good Karma
Good Karma, to me, is the essence of Silicon Valley’s culture. It means that if you do something good, something good will happen to you. It’s the foundation of the Pay-It-Forward attitude. It translates into this question that everyone you see for the first time will ask: “How Can I Help You?”.
Be full of Good Karma. Full of Gratitude. Thank people. Someone made an introduction that helped you move forward? Thank them. Send them an email to follow-up and keep them informed on what happened. It didn’t really help? Come on! Thank them anyways! Somebody helped you ? Help them as well, or at least, try. Give back to people. As much as you can. The magic is awesome.
Well, and that’s the rule.

Lots of successful entrepreneurs in the Valley have accent. 52% of U.S. unicorns were co-founded by immigrants (1st or 2nd generation). Immigration is one of the key-engines of the region’s prosperity.
So being a foreigner is not a problem at all. That said, you must be to get your point across. Obviously. Accent is OK. Not speaking English is not OK. To thrive, you must be able to express yourself properly, with nuance and accuracy. Improving your English must be a priority from Day 1. Otherwise you will face discrimination at some point of your journey. Pretty quickly actually.
Oops, there is one other thing.

The meaning of some (of their) English words may be a little different from what you have learned at school. Let’s take some examples:
“What you do is awesome!”.
Translation: “you are OK”.
“Your product is OK”.
Translation: “It sucks, I won’t buy it for sure”.
“Thanks, we had a great meeting”.
Translation: “Thanks for visiting”.
“Thanks for the meeting. Let’s schedule a second one with some other folks”.
Translation: “This was really interesting. We want to know more about you”.
A follow-up meeting : this is the feedback you need to get. Forget the rest.
Rule #8: Data Or Die

It is fair to assume that “everything is awesome” in the Valley. Your product is “the best in the world”. Your technology is “unique”. Your team is “world-class”. Your revenue is “growing super fast” and your market is “f*ing huge”. Yes, you “will change the world”. In short, you are “killing it”. But I would recommend deleting these words from a) your vocabulary, b) your deck, c) your pitch.
People are data-driven. There is nothing better, clearer, more objective and comparable than data. VCs, mentors, talents, customers will immediately see through your data that you are REALLY unique and best-in-show.
Different businesses and maturity stages have different data types: TAM | SAM | SOM, MoM | YoY growth, MRR | ARR, ACV, Rev churn | Cust churn, Cohort Analysis, LTV, CAC, DAU | WAU | MAU, GMV, Retention Rate, Burn Rate, and so on. Let your data speak for you. Forget superlatives. Do not look like this: 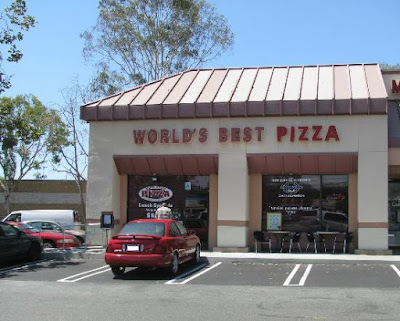 Rule #9: Storytelling
This is one of the hardest things. It is largely linked to the type of education received, I guess. It is a priceless skill. Telling a story is key in the Valley (and everywhere else by the way). It’s the most effective way to engage with people and raise awareness.
It is the best way to sell.
That’s the whole point. You have to be in a sales-mode. All. The. Time. Night and day. You want to hire a talent? You must sell your vision. You are talking to a customer? You must sell your product, obviously. You are pitching a VC? You are literally selling a portion of your company. You are meeting with a journalist? She needs to sell you to her readers.
https://medium.com/@romainserman/silicon-valley-etiquette-6934cf6f8f73

at 20 May
Email ThisBlogThis!Share to TwitterShare to FacebookShare to Pinterest