What is the difference between a gerund and a present participle?

Snowboarding can be a gerund or a present participle.

When snowboarding is a gerund, it acts like a noun. It can be a subject, an object, the object of a preposition, or a subject complement.

When snowboarding is a present participle, it is part of a continuous verb tense.

Unlike a gerund, a present participle can act like an adjective that modifies a noun or follows the be verb.

An exciting time was had by all!

The word exciting is a present participle used as an adjective to modify a noun or to follow the verb to be. 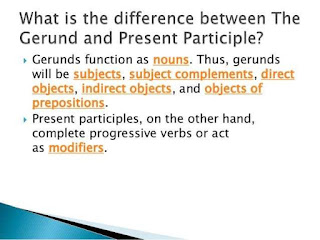 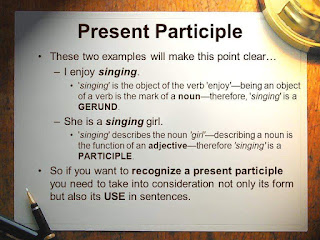 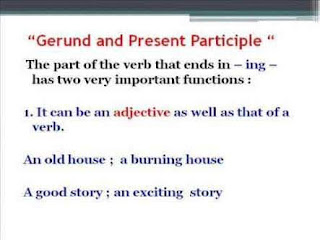 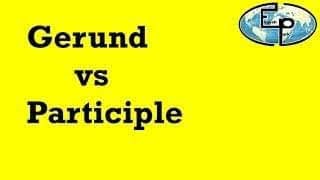 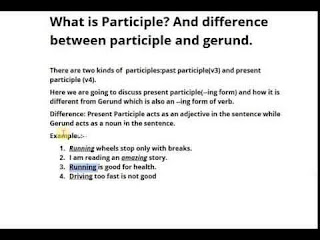 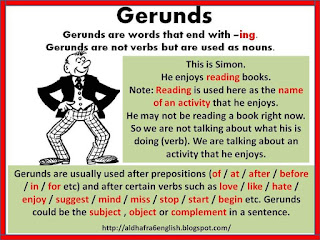 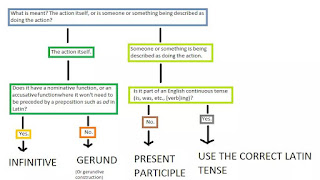 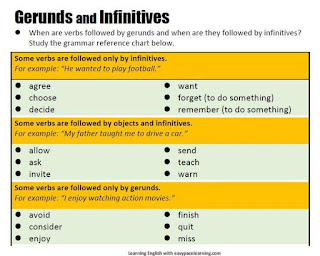 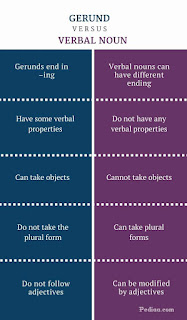 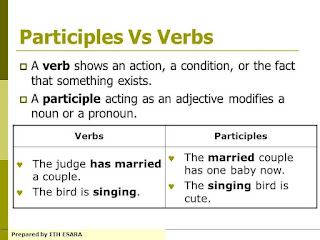 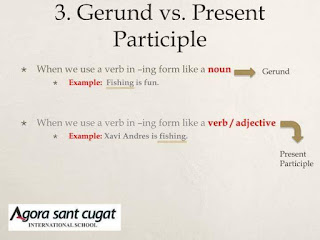 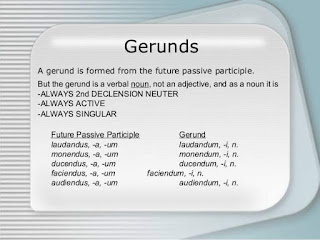 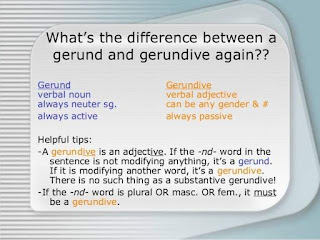 Now YOU try: Look at the sentences below. Decide whether the underlined –ing word is acting like a noun, part of a verb, or an adjective. (Answers below)

1- What an amazing movie! I want to watch it again!
2- Speaking English well takes a long time.
3- He cares about getting a good job.
4- Shh! I am trying to sleep.
5- My friends and I were sitting in a café and talking.
6- The directions were very confusing.
7- They have been studying for a long time and want to take a break.
8- She loves traveling.

at 23 January
Email ThisBlogThis!Share to TwitterShare to FacebookShare to Pinterest