The names Great Britain and United Kingdom are often used interchangeably. However, they are not actually synonymous. The reason for the two names, and the difference between them, has to do with the expansive history of the British Isles. 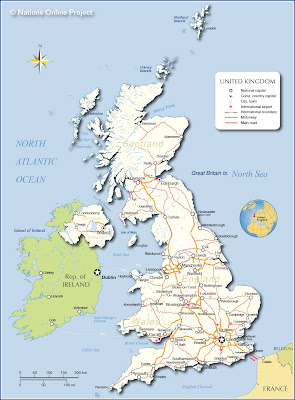 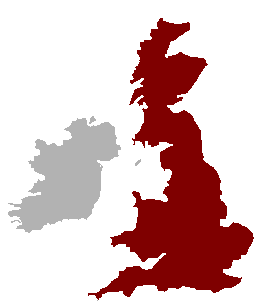 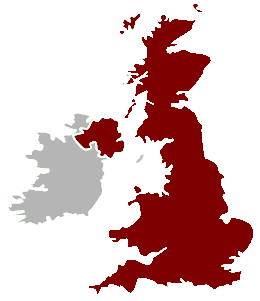 The Isle of Man and the Bailiwicks of Jersey and Guernsey are not part of Great Britain, they are not part of the United Kingdom and neither are they part of the European Union. They are self-governing British Crown dependencies.
The British Isles is the name of a group of islands situated off the north western corner of mainland Europe. It is made up of Great Britain, Ireland, The Isle of Man, The Isles of Scilly, The Channel Islands (including Guernsey, Jersey, Sark and Alderney), as well as over 6,000 other smaller islands. The expression "British Isles" is geographical and not political.
The British Isles are a group of islands off the northwestern coast of Europe. The largest of these islands are Britain and Ireland. (Smaller ones include the Isle of Wight.) In the Middle Ages, the name Britain was also applied to a small part of France now known as Brittany. As a result, Great Britain came into use to refer specifically to the island. However, that name had no official significance until 1707, when the island’s rival kingdoms of England and Scotland were united as the Kingdom of Great Britain. 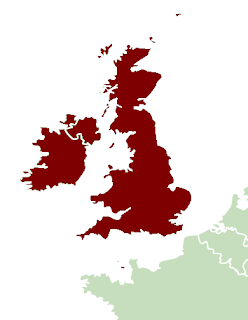 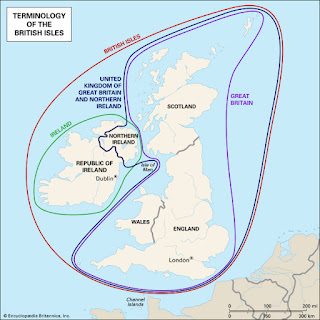 Great Britain is not a country; it’s a landmass. It is known as ‘Great’ because it is the largest island in the British Isles, and houses the countries of England, Scotland and Wales within its shores.
The name Britain derives from the Roman word Britannia, but there are two conflicting arguments about why the ‘Great’ was stuck on the front of it. The first is that it is used to distinguish Britain from its similar sounding, but much smaller French neighbour, Brittany. The second reason is due to the ego of a certain King James I, who wanted to make it abundantly clear that he wasn’t just the king of the old Roman Britain (which only included England and some of Wales), but of the entire island; thus he referred to himself as King of Great Britain.
Great Britain, therefore, is a geographic term referring to the island also known simply as Britain. It’s also a political term for the part of the United Kingdom made up of England, Scotland, and Wales (including the outlying islands that they administer, such as the Isle of Wight). United Kingdom, on the other hand, is purely a political term: it’s the independent country that encompasses all of Great Britain and the region now called Northern Ireland.
England 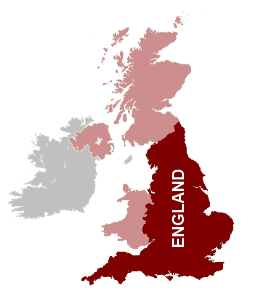 Just like Wales and Scotland, England is commonly referred to as a country but it is not a sovereign state. It is the largest country within the United Kingdom both by landmass and population, has taken a pivitol role in the creation of the UK, and its capital London also happens to be the capital of the UK.
It is perhaps understandable then that England is often (although incorrectly) used as a term to describe the whole of the UK. 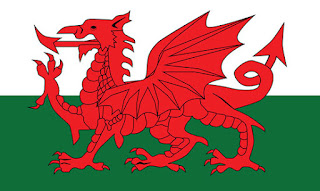 the flag of Wales
The adjective "British" is, of course, used in relation to Great Britain but there is also a common tendency to use it when referring to issues relating to both Great Britain and the United Kingdom. This is inaccurate and from a legal point of view erroneous.
Sometimes, however, in legislation the term "British" is used to refer to the United Kingdom as a whole, especially in matters relating to the question of nationality
So there you have it! If you’re still a bit confused over the differences, here’s a quick summary:
The UK – a sovereign state that includes England, Scotland, Wales and Northern Ireland.
Great Britain – an island situated off the north west coast of Europe.
British Isles – a collection of over 6,000 islands, of which Great Britain is the largest. 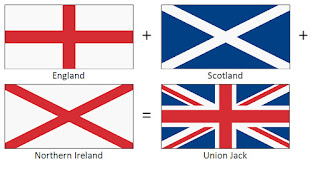 at 23 January
Email ThisBlogThis!Share to TwitterShare to FacebookShare to Pinterest