A computer is a general purpose device that can be programmed to carry out a set of arithmetic or logical operations automatically. Computers are used for word processing, pictures, music, videos, games, research, internet, programming, accounting (business), just about anything and everything nowadays.

2400 BC
The First Computer: ABACUS 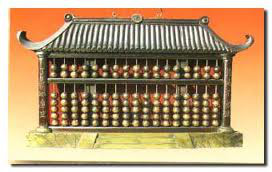 Abacus is a device which used for simple operations. It works with beads on it. People do their operations with beads. Chinese invented it around 2400BC but some people claimed that it is Babylonians invent. It came to America and Europe through oversea commerce merchants. It is ancestor of computers.

The first use of the word “computer” was recorded in 1613 in a book called “The yong mans gleanings” by English writer Richard Braithwait I haue read the truest computer of Times, and the best Arithmetician that euer breathed, and he reduceth thy dayes into a short number. It referred to a person who carried out calculations, or computations, and the word continued with the same meaning until the middle of the 20th century. From the end of the 19th century the word began to take on its more familiar meaning, a machine that carries out computations.

First electronic computers used vacuum tubes, and they were huge and complex. The first general purpose electronic computer was the ENIAC (Electronic Numerical Integrator And Computer). It was digital, although it didn’t operate with binary code, and was reprogrammable to solve a complete range of computing problems. It was programmed using plugboards and switches, supporting input from an IBM card reader, and output to an IBM card punch. It took up 167 square meters, weighed 27 tons, and consuming 150 kilowatts of power. It used thousands of vacuum tubes, crystal diodes, relays, resistors, and capacitors.

http://www.buzzle.com
The invention of the integrated circuits (ICs), also known as microchips, paved the way for computers as we know them today. Making circuits out of single pieces of silicon, which is a semiconductor, allowed them to be much smaller and more practical to produce. This also started the ongoing process of integrating an ever larger number of transistors onto a single microchip. During the sixties microchips started making their way into computers, but the process was gradual, and second generation of computers still held on.
First appeared minicomputers, first of which were still based on non-microchip transistors, and later versions of which were hybrids, being based on both transistors and microchips, such as IBM’s System/360. They were much smaller, and cheaper than first and second generation of computers, also known as mainframes. Minicomputers can be seen as a bridge between mainframes and microcomputers, which came later as the proliferation of microchips in computers grew. 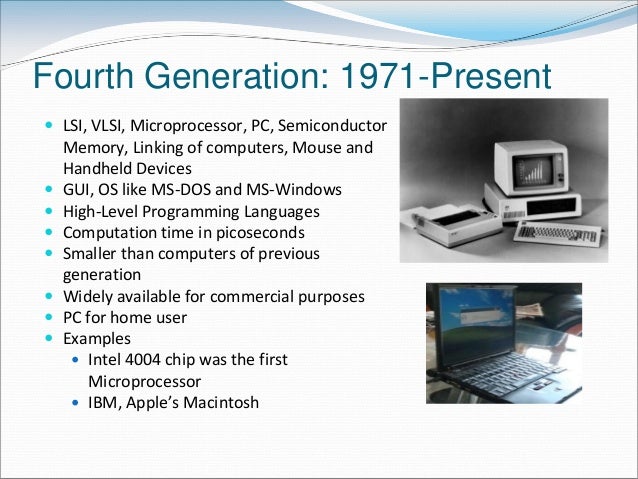 http://www.buzzle.com/
First microchips-based central processing units consisted of multiple microchips for different CPU components. The drive for ever greater integration and miniaturization led towards single-chip CPUs, where all of the necessary CPU components were put onto a single microchip, called a microprocessor. The first single-chip CPU, or a microprocessor, was Intel 4004.
The advent of the microprocessor spawned the evolution of the microcomputers, the kind that would eventually become personal computers that we are familiar with today. 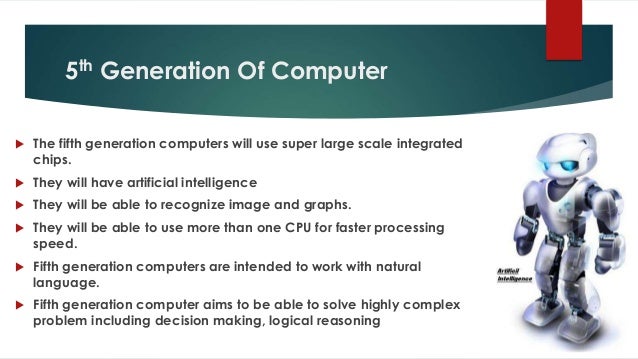